Do It The Wright Way..

Do It The Wright Way..
Millwright Ron
www.unionmillwright.com
Posted by Millwright Ron at 11:42 AM No comments: Links to this post

Millwright Ron
http://www.unionmillwright.com/
Posted by Millwright Ron at 10:21 AM No comments: Links to this post

The Millwright is the oldest engineering trade being the forerunner of the modern mechanical engineer. historically many famous engineers and companies started out as Millwrights and many machines were created and developed by them. Water mills have existed since the roman period , Millwrights have been looking after them ever since.

Posted by Millwright Ron at 4:09 PM No comments: Links to this post

Industry worldwide is losing billions of dollars a year due to misalignment of machinery. Theheart and soul of virtually every industrial operation pivots on keeping rotating machinery ingood working order. Countless processes are dependent on the successful operation ofrotating machines that produce electric power, fuels, paper, steel, glass, pharmaceuticals,the food we eat, the clothes we wear, the buildings we live and work in, and the vehicles thattransport us across the surface of the Earth. Just about everything you see around hassomehow been influenced by rotating machinery of some kind.The primary objective of accurate alignment is to increase the operating life span ofrotating machinery. To achieve this goal, machinery components that are most likely to failmust operate well within their design limits. As the parts that are most likely to fail are thebearings, seals, coupling, and shafts, the accurately aligned machinery will reduce excessiveaxial and radial forces on the bearings to insure longer bearing life and rotor stability underdynamic operating conditions. Precise alignment will reduce the possibility of shaft failurefrom cyclic fatigue; it will minimize the amount of wear in the coupling components, alleviatethe amount of shaft bending from the point of power transmission in the coupling to thecoupling end bearing, and it will maintain proper internal rotor clearances.In a nutshell, accurate alignment will do nothing, but the good things and the key part of making this happen centers on the people who are responsible for installing, troubleshooting,maintaining, and operating this machinery.

Union Millwright and Damn Proud Of It

The Millwrights
The word "millwright" has long been used to describe the man who was marked by everything ingenious and skillful. For several centuries in England and Scotland the millwright was recognized as a man with a knowledge of carpentry, blacksmithing and lathe work in addition to the fitter and erector. He was the recognized representative of mechanical arts and was looked upon as the authority in all applications of winds and water, under whatever conditions they were to be used, as a motive power for the purpose of manufacture. In other words, as the above definition would indicate, he was the area engineer, a kind of jack of all trades who was equally comfortable at the lathe, the anvil or the carpenter's bench. Thus, the millwright of the last several centuries was an itinerant engineer and mechanic of high reputation and recognized abilities. He could handle the axe, the hammer and the plane with equal skill and precision. He could turn, bore or forge with the ease and ability of one brought up in those trades. He could set and cut in the furrows of a millstone with an accuracy equal to or superior to that of the miller himself. In most instances, the millwright was a fair arithmetician, knew something of geometry, leveling and measurements, and often possessed a very competent knowledge of practical mathematics. He could calculate the velocities, strength and power of machines; could draw in plans, construct buildings, conduits or watercources, in all the forms and under all the conditions required in his professional practice. He could build bridges, cut canals and perform a variety of work now done by civil engineers. In the early days of North America millwrights designed and constructed the mills where flour and grist were ground by water power. Water was directed over hand-constructed wooden mill wheels to turn big wooden gears and generate power. Millwrights executed every type of engineering operation in the construction of these mills. The introduction of the steam engine, and the rapidity with which it created new trades, proved a heavy blow to the distinctive position of the millwrights, by bringing into the field a new class of competitors in the form of turners, fitters, machine makers, and mechanical engineers. Although there was an extension of the demand for millwork, it nevertheless lowered the profession of the millwright, and leveled it to a great degree with that of the ordinary mechanic. It was originally the custom for the millwrights to have meetings for themselves in every shop. These meetings usually included long discussions of practical science and the principles of construction which more often than not ended in a quarrel. One benefit of these meetings was the imparting of knowledge, as young aspirants would frequently become excited by the illustrations and chalk diagrams by which each side supported their arguments.
Millwright Ron
www.unionmillwright.com
Posted by Millwright Ron at 10:40 AM No comments: Links to this post 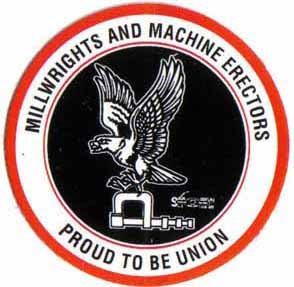 Posted by Millwright Ron at 8:31 PM No comments: Links to this post 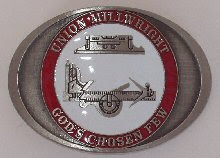 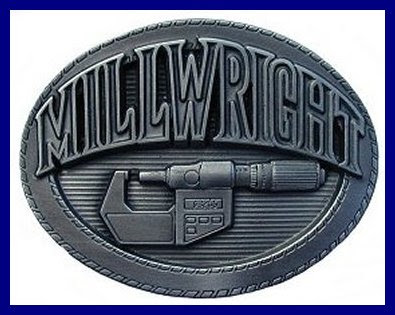 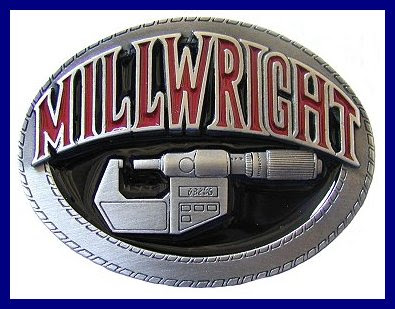