Ponzi Scheme:
A republican Ponzi Scheme is how the Trickle Down Theory works on the middle class. I got mine first. We know and have felt it for years.
Millwright Ron
www.unionmillwright.com
Posted by Millwright Ron at 10:13 AM No comments: Links to this post

Economic Policy Institute
How unions help all workers
by Lawrence Mishel and Matthew Walters
Unions have a substantial impact on the compensation and work lives of both unionized and non-unionized workers. This report presents current data on unions' effect on wages, fringe benefits, total compensation, pay inequality, and workplace protections.
Some of the conclusions are:
• Unions raise wages of unionized workers by roughly 20% and raise compensation, including both wages and benefits, by about 28%.
• Unions reduce wage inequality because they raise wages more for low- and middle-wage workers than for higher-wage workers, more for blue- collar than for white-collar workers, and more for workers who do not have a college degree.
• Strong unions set a pay standard that nonunion employers follow. For example, a high school graduate whose workplace is not unionized but whose industry is 25% unionized is paid 5% more than similar workers in less unionized industries.
• The impact of unions on total nonunion wages is almost as large as the impact on total union wages.
• The most sweeping advantage for unionized workers is in fringe benefits. Unionized workers are more likely than their nonunionized counterparts to receive paid leave, are approximately 18% to 28% more likely to have employer-provided health insurance, and are 23% to 54% more likely to be in employer-provided pension plans.
• Unionized workers receive more generous health benefits than nonunionized workers. They also pay 18% lower health care deductibles and a smaller share of the costs for family coverage. In retirement, unionized workers are 24% more likely to be covered by health insurance paid for by their employer.
• Unionized workers receive better pension plans. Not only are they more likely to have a guaranteed benefit in retirement, their employers contribute 28% more toward pensions.
• Unionized workers receive 26% more vacation time and 14% more total paid leave (vacations and holidays).
Unions play a pivotal role both in securing legislated labor protections and rights such as safety and health, overtime, and family/ medical leave and in enforcing those rights on the job. Because unionized workers are more informed, they are more likely to benefit from social insurance programs such as unemployment insurance and workers compensation. Unions are thus an intermediary institution that provides a necessary complement to legislated benefits and protections.
The union wage premium
It should come as no surprise that unions raise wages, since this has always been one of the main goals of unions and a major reason that workers seek collective bargaining. How much unions raise wages, for whom, and the consequences of unionization for workers, firms, and the economy have been studied by economists and other researchers for over a century (for example, the work of Alfred Marshall). This section presents evidence from the 1990s that unions raise the wages of unionized workers by roughly 20% and raise total compensation by about 28%.
The research literature generally finds that unionized workers' earnings exceed those of comparable nonunion workers by about 15%, a phenomenon known as the "union wage premium."
Millwright Ron
www.unionmillwright.com
Posted by Millwright Ron at 1:23 PM No comments: Links to this post 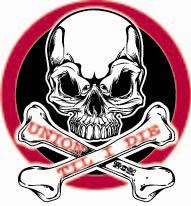 Republican Party minions enjoy following behind Limbaugh's broadcast each weekday with a bucket and shovel, cleaning up the mess that is spread all over the floor

The point cannot be made any clearer: Rush Limbaugh is not a patriot. He would rather the president fail in order to advance his own agenda.

Rush Limbaugh, the marauding Frankenstein's monster of the Republican Party, is on the loose again, causing all kinds of political damage with his signature off-balance swings. But as has become his custom recently, the pain from Limbaugh's rampage is being felt by his creators -- his enablers -- inside the GOP

Millwright Ron
http://www.unionmillwright.com/
Posted by Millwright Ron at 11:15 AM No comments: Links to this post 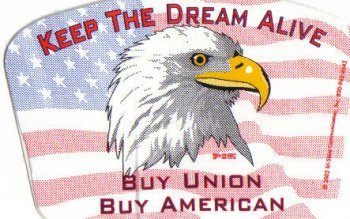 Supervisors and managers can deliver letters, speeches, and informal chats, sometimes prepared by a union-buster.

Employees may be asked to attend one-on-one discussions, group meetings, or lectures about the union, during which they will be paid. Employers must be careful not to intimidate their employees, because employees can appeal to the NLRB, usually resulting in an election being rerun, and in some cases resulting in the employer being automatically required to recognize the union as the bargaining unit representing employees. At these meetings, employers discuss the negative aspects of a union and try to convince employees not to join.

In some cases, supervisors and managers will walk the floors more frequently and arrange impromptu chats and meetings to find out what their workers are up to.
The union-busters may prepare many letters to be signed by administrators, employees, and well-liked supervisors and managers. They may express appreciation for what the employees have done for the company, admit having made mistakes in the past and express an intention to do a better job in the future. They will also paint an ugly picture of the union or suggest that the union is hiding something.

To convince employees that they don't need a union to obtain improvements, a company may provide unexpected increases in wages or benefits, and may link benefits or wages not to join unions union or threaten wage cuts.

United States Labor law presents very strict guidelines for both employer and union actions in union organizing. Unions and employers can attempt to present their factual case against or for the union, but employers cannot threaten employees or even make them feel intimidated. The union buster's key strategy, when confronted with an election, is to organize a Counter-Organizing drive.
Millwright Ron

http://www.unionmillwright.com/
Posted by Millwright Ron at 9:39 AM No comments: Links to this post

A few of the Millwright decals that I have.


Posted by Millwright Ron at 9:34 AM No comments: Links to this post

Have Tools Will Travel

Posted by Millwright Ron at 12:28 PM No comments: Links to this post

My Husband Is A Millwright

"My Husband Is A Millwright".
http://www.unionmillwright.com/

Posted by Millwright Ron at 12:25 PM No comments: Links to this post